What Ever Happened to Baby Jane?

What Ever Happened to Baby Jane?

To Kill a Mockingbird

To Kill a Mockingbird

IMDb: 8.3 1962 129 min 721 views
In a small Alabama town in the 1930s, scrupulously honest and highly respected lawyer, Atticus Finch puts his career on the line when he agrees ...
CrimeDramaFeatured

IMDb: 8.2 1962 95 min 718 views
The guests at an upper-class dinner party find themselves unable to leave. The Exterminating Angel is a 1962 surrealist film, written and ...
ComedyDramaFantasy

IMDb: 7.8 1962 118 min 493 views
An unassuming office worker is arrested and stands trial, but he is never made aware of his charges.
CrimeDrama

IMDb: 7.7 1962 151 min 505 views
A con man comes to an Iowa town with a scam using a boy’s marching band program, but things don’t go according to plan.
ComedyFamilyMusic

IMDb: 8.0 1962 126 min 531 views
The Manchurian Candidate is a political thriller from American director John Frankenheimer. An American soldier is brainwashed into being a ...
MysteryThriller

The Man Who Shot Liberty Valance

The Man Who Shot Liberty Valance

IMDb: 8.1 1962 123 min 465 views
A senator, who became famous for killing a notorious outlaw, returns for the funeral of an old friend and tells the truth about his deed.
Western

IMDb: 8.2 1962 96 min 782 views
A crafty ronin helps a young man and his fellow samurai save his uncle, their lord chamberlain Mutsuta, who has been framed and imprisoned by a ...
ActionComedyDrama

My Life to Live

My Life to Live

IMDb: 8.1 1962 85 min 646 views
Twelve episodic tales in the life of a Parisian woman and her slow descent into prostitution.
Drama

IMDb: 7.2 1962 178 min 568 views
The Bounty leaves Portsmouth in 1787. Its destination: to sail to Tahiti and load bread-fruit. Captain Bligh will do anything to get there as ...
AdventureDramaHistoryRomance

IMDb: 7.6 1962 153 min 563 views
Humbert Humbert is a middle-aged British novelist who is both appalled by and attracted to the vulgarity of American culture. When he comes to ...
DramaRomance

IMDb: 8.3 1962 216 min 708 views
An epic about British officer T.E. Lawrence’s mission to aid the Arab tribes in their revolt against the Ottoman Empire during the First ...
AdventureDramaFeaturedHistoryWar

IMDb: 7.9 1962 126 min 519 views
A young woman meets a vital young man, but their love affair is doomed because of the man’s materialistic nature.
DramaRomance

Knife in the Water

Knife in the Water

IMDb: 7.6 1962 94 min 481 views
On their way to a sailing trip, an aging husband and wife invite along an emphatic young hitchhiker out of sheer patronization.
Drama

IMDb: 8.1 1962 95 min 635 views
Poetic journey through the shards and shadows of one boy’s war-ravaged youth.
DramaWar

How the West Was Won

How the West Was Won

IMDb: 7.1 1962 162 min 595 views
The epic tale of the development of the American West from the 1830s through the Civil War to the end of the century, as seen through the eyes of ...
ActionAdventureDramaWestern 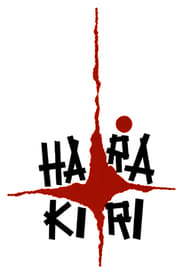 IMDb: 8.7 1962 135 min 858 views
Peace in 17th-century Japan causes the Shogunate’s breakup of warrior clans, throwing thousands of samurai out of work and into poverty. An ...
ActionDramaHistory

IMDb: 7.2 1962 78 min 440 views
Herk Harvey’s macabre masterpiece gained a cult following through late night television and has been bootlegged for years. Made by industrial ...
HorrorMystery