IMDb: 7.4 1941 70 min 661 views
The Wolf Man is a classic horror about a man who returns home to his father after his brothers death, while staying with his father and trying to ...
DramaHorror

IMDb: 8.1 1941 100 min 534 views
A private detective takes on a case that involves him with three eccentric criminals, a gorgeous liar, and their quest for a priceless statuette.
CrimeFeaturedMysteryThriller

IMDb: 8.0 1941 97 min 532 views
Returning from a year up the Amazon studying snakes, the rich but unsophisticated Charles Pike meets con-artist Jean Harrington on a ship. They ...
ComedyRomance

IMDb: 8.1 1941 90 min 736 views
Sullivan is a successful, spoiled, and naive director of fluff films, with a heart-o-gold, who decides he wants to make a film about the troubles ...
AdventureComedyDramaRomance

IMDb: 7.8 1941 134 min 544 views
Alvin York a hillbilly sharpshooter transforms himself from ruffian to religious pacifist. He is then called to serve his country and despite ...
ActionDramaHistoryWar 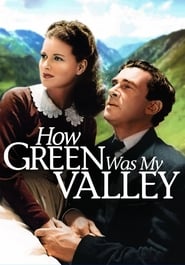 How Green Was My Valley

How Green Was My Valley

IMDb: 7.8 1941 118 min 470 views
At the turn of the century in a Welsh mining village, the Morgans (he stern, she gentle) raise coal-mining sons and hope their youngest will find ...
Drama

IMDb: 7.6 1941 100 min 678 views
See Bogie at his best as world weary “Mad Dog Roy Earle” Given a pardon from jail he gets back into the swing of things as he robs a ...
AdventureCrimeDramaThriller

IMDb: 7.3 1941 64 min 853 views
Dumbo is a baby elephant born with oversized ears and a supreme lack of confidence. But thanks to his even more diminutive buddy — Timothy ...
AnimationFamily

IMDb: 8.4 1941 119 min 877 views
Newspaper magnate, Charles Foster Kane is taken from his mother as a boy and made the ward of a rich industrialist. As a result, every ...
DramaFeaturedMystery

IMDb: 7.4 1941 99 min 532 views
Wealthy, sheltered Joan Fontaine is swept off her feet by charming ne’er-do-well Cary Grant. Though warned that Grant is little more than a ...
MysteryThriller