IMDb: 5.7 2016 100 min 113 views
Set after the events of Continental Drift, Scrat’s epic pursuit of his elusive acorn catapults him outside of Earth, where he accidentally ...
AdventureAnimationComedyFamily

IMDb: 5.2 2016 120 min 107 views
We always knew they were coming back. Using recovered alien technology, the nations of Earth have collaborated on an immense defense program to ...
ActionAdventureScience Fiction

IMDb: 7.3 2016 97 min 128 views
Dory is reunited with her friends Nemo and Marlin in the search for answers about her past. What can she remember? Who are her parents? And where ...
AdventureAnimationComedyFamily

IMDb: 6.4 2016 120 min 107 views
The BFG is no ordinary bone-crunching giant. He is far too nice and jumbly. It’s lucky for Sophie that he is. Had she been carried off in ...
AdventureFamilyFantasy

Lea to the Rescue

Lea to the Rescue

IMDb: 5.0 2016 99 views
Born for adventure, Lea Clark heads deep into the Brazilian rainforest, where her most exciting story awaits.
AdventureFamily

Alice Through the Looking Glass

Alice Through the Looking Glass

IMDb: 6.2 2016 113 min 123 views
In the sequel to Tim Burton’s “Alice in Wonderland”, Alice Kingsleigh returns to Underland and faces a new adventure in saving ...
AdventureFamilyFantasy

IMDb: 6.8 2016 123 min 115 views
The peaceful realm of Azeroth stands on the brink of war as its civilization faces a fearsome race of invaders: orc warriors fleeing their dying ...
ActionAdventureFantasy

IMDb: 6.9 2016 144 min 132 views
After the re-emergence of the world’s first mutant, world-destroyer Apocalypse, the X-Men must unite to defeat his extinction level plan.
ActionAdventureFantasyScience Fiction

IMDb: 7.8 2016 147 min 161 views
Following the events of Age of Ultron, the collective governments of the world pass an act designed to regulate all superhuman activity. This ...
ActionAdventureScience Fiction

IMDb: 7.2 2016 95 min 2211 views
Continuing his “legendary adventures of awesomeness”, Po must face two hugely epic, but different threats: one supernatural and the ...
ActionAdventureAnimationComedyFamily

IMDb: 7.8 2016 106 min 2140 views
An orphan boy is raised in the Jungle with the help of a pack of wolves, a bear and a black panther.
AdventureDramaFantasyFeatured

IMDb: 7.4 2016 106 min 108 views
A man-cub named Mowgli fostered by wolves. After a threat from the tiger Shere Khan, Mowgli is forced to flee the jungle, by which he embarks on ...
AdventureDramaFamilyFantasy

IMDb: 6.1 2016 114 min 112 views
As two evil sisters prepare to conquer the land, two renegades—Eric the Huntsman, who aided Snow White in defeating Ravenna in Snowwhite and the ...
ActionAdventureDrama

IMDb: 5.5 2017 105 min 1726 views
Looking for any way to get away from the life and town he was born into, Tripp (Lucas Till), a high school senior, builds a Monster Truck from ...
ActionAdventureAnimationComedyFamilyScience Fiction

IMDb: 5.7 2016 121 min 1875 views
Beatrice Prior and Tobias Eaton venture into the world outside of the fence and are taken into protective custody by a mysterious agency known as ...
AdventureScience Fiction

IMDb: 6.2 2016 115 min 2419 views
Through unlocked genetic memories that allow him to relive the adventures of his ancestor in 15th century Spain, Callum Lynch discovers ...
ActionAdventureFantasyScience Fiction

IMDb: 5.7 2016 125 min 1370 views
A falsely accused nobleman survives years of slavery to take vengeance on his best friend who betrayed him.
AdventureDramaHistory

IMDb: 7.9 2016 119 min 1175 views
A father living in the forests of the Pacific Northwest with his six young kids tries to assimilate back into society.
AdventureComedyDramaRomance

IMDb: 6.1 2016 103 min 1415 views
A story of lost love, young love, a legendary sword and one last opportunity at redemption.
ActionAdventureDrama

IMDb: 6.0 2016 102 min 2003 views
Jason Kelly is one week away from marrying his boss’s uber-controlling daughter, putting him on the fast track for a partnership at the law ...
AdventureComedy

IMDb: 7.7 2016 115 min 3066 views
After his career is destroyed, a brilliant but arrogant surgeon gets a new lease on life when a sorcerer takes him under his wing and trains him ...
ActionAdventureFantasyFeaturedScience Fiction

IMDb: 7.6 2016 133 min 2654 views
In 1926, Newt Scamander arrives at the Magical Congress of the United States of America with a magically expanded briefcase, which houses a ...
ActionAdventureFantasyFeatured

IMDb: 5.5 2016 127 min 1959 views
A common thief joins a mythical god on a quest through Egypt.
ActionAdventureFantasy

Hunt for the Wilderpeople

Hunt for the Wilderpeople

IMDb: 7.9 2016 101 min 1022 views
Ricky is a defiant young city kid who finds himself on the run with his cantankerous foster uncle in the wild New Zealand bush. A national ...
AdventureComedyDrama

IMDb: 5.7 2016 100 min 2083 views
Set after the events of Continental Drift, Scrat’s epic pursuit of his elusive acorn catapults him outside of Earth, where he accidentally ...
AdventureAnimationComedyFamily

IMDb: 6.9 2016 115 min 1824 views
The magical kingdom of Lucis is home to the world’s last remaining Crystal, and the menacing empire of Niflheim is determined to steal it. King ...
ActionAdventureAnimationDramaFantasyScience Fiction

Kubo and the Two Strings

Kubo and the Two Strings

IMDb: 7.8 2016 102 min 3063 views
Kubo mesmerizes the people in his village with his magical gift for spinning wild tales with origami. When he accidentally summons an evil spirit ...
AdventureAnimationFamilyFantasy

IMDb: 4.6 2016 92 min 1370 views
The adventures of teenager Max McGrath and alien companion Steel, who must harness and combine their tremendous new powers to evolve into the ...
ActionAdventureScience Fiction

IMDb: 6.7 2016 112 min 1106 views
A father and son go on the run after the dad learns his child possesses special powers.
AdventureDramaScience Fiction

IMDb: 6.8 2016 127 min 1695 views
A teenager finds himself transported to an island where he must help protect a group of orphans with special powers from creatures intent on ...
AdventureDramaFantasy

IMDb: 7.8 2016 107 min 4541 views
In Ancient Polynesia, when a terrible curse incurred by Maui reaches an impetuous Chieftain’s daughter’s island, she answers the ...
AdventureAnimationComedyFamilyFantasyFeatured

IMDb: 6.6 2016 96 min 1712 views
Industrious high school senior, Vee Delmonico, has had it with living life on the sidelines. When pressured by friends to join the popular online ...
AdventureCrimeThriller

IMDb: 6.5 2016 129 min 2756 views
One year after outwitting the FBI and winning the public’s adulation with their mind-bending spectacles, the Four Horsemen resurface only to find ...
ActionAdventureComedyCrimeFeaturedMysteryThriller

IMDb: 7.0 2016 116 min 2124 views
A spacecraft traveling to a distant colony planet and transporting thousands of people has a malfunction in its sleep chambers. As a result, two ...
AdventureDramaFeaturedRomanceScience Fiction 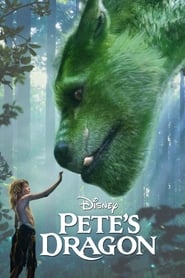 IMDb: 6.8 2016 102 min 1294 views
Pete is a mysterious 10-year-old with no family and no home who claims to live in the woods with a giant, green dragon named Elliott. With the ...
AdventureFamilyFantasy

IMDb: 6.3 2016 107 min 1161 views
Follows the epic Biblical story of the Resurrection, as told through the eyes of a non-believer. Clavius, a powerful Roman Military Tribune, and ...
ActionAdventureDramaMystery

IMDb: 6.3 2016 83 min 3210 views
Sausage Party, the first R-rated CG animated movie, is about one sausage leading a group of supermarket products on a quest to discover the truth ...
AdventureAnimationComedyFantasyFeatured

IMDb: 7.1 2016 122 min 1598 views
The USS Enterprise crew explores the furthest reaches of uncharted space, where they encounter a mysterious new enemy who puts them and ...
ActionAdventureFeaturedScience FictionThriller

IMDb: 7.1 2016 97 min 1042 views
Alone on a tiny deserted island, Hank has given up all hope of ever making it home again. But one day everything changes when a dead body washes ...
AdventureComedyDramaFantasyRomance