IMDb: 7.4 1990 115 min 557 views
A beautiful felon, sentenced to life in prison for the murder of a policeman, is given a second chance – as a secret political assassin ...
ActionThriller

IMDb: 7.9 1964 133 min 548 views
As the Allied forces approach Paris in August 1944, German Colonel Von Waldheim is desperate to take all of France’s greatest paintings to ...
ActionThrillerWar

IMDb: 7.8 1962 118 min 487 views
An unassuming office worker is arrested and stands trial, but he is never made aware of his charges.
CrimeDrama 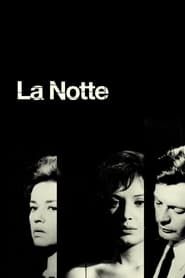 IMDb: 8.0 1961 115 min 608 views
A married couple attend a bourgeois party and wade through the stifling strain that long-term marriage has imposed upon them.
Drama

IMDb: 8.0 1958 88 min 701 views
The feature-film debut of famed director Louis Malle is an interesting, modern film noir with the classic theme of lovers plotting to kill the ...
CrimeDramaThriller