IMDb: 6.3 2019 358 views
Two detectives are dispatched to investigate the murder of a young girl on the outskirts of Dublin, but as the case of the missing children ...
CrimeDrama

IMDb: 7.4 2019 112 min 761 views
The true story of British intelligence whistleblower Katharine Gun, who prior to the 2003 Iraq invasion leaked a top-secret NSA memo exposing a ...
DramaRomanceThrillerWar 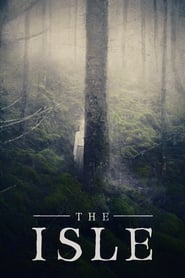 IMDb: 6.0 2019 96 min 1606 views
1840 and another ship crashes on the rocks of an almost deserted island in Scotland. Three sailors survive the wreck and make it to shore where ...
AdventureFantasyThriller

IMDb: 7.7 2017 45 min 42 views
HBO’s animated history of Westeros brings to life all the events that shaped the Seven Kingdoms in the thousands of years before Game of ...
AnimationFantasyTV MovieWar

IMDb: 8.1 2011 16039 views
Seven noble families fight for control of the mythical land of Westeros. Friction between the houses leads to full-scale war. All while a very ...
Action & AdventureDramaSci-Fi & Fantasy

Salmon Fishing in the Yemen

Salmon Fishing in the Yemen

IMDb: 6.8 2011 107 min 539 views
A fisheries expert is approached by a consultant to help realize a sheik’s vision of bringing the sport of fly-fishing to the desert and ...
Drama

IMDb: 7.2 2009 92 min 542 views
Whatever Works explores the relationship between a crotchety misanthrope, Boris and a naïve, impressionable young runaway from the south, Melody. ...
ComedyRomance